I will be appearing at the Wizard World Comic Con Tour this year as a panelist for Superwomen of Comics! Come see me in Raleigh, NC March 13-15th.

Raleigh, NC.  CEO, Jazmin Truesdale, of Aza Entertainment will be a featured panelist at Wizard World Raleigh Sunday March 15th at 1:30p for the Superwomen of Comics panel at the Raleigh Convention Center.   Her Raleigh-based company will be launching a multi-million dollar multicultural superhero franchise in 2016 to be adapted for TV, Film, Comics, and Games.  Her panel will include X-Men’s Ann Nocenti,  Barbara Slate (Disney’s Pocahontas), and Dean Haspiel (Billy Dogma; The Fox).

“I’m excited about this project,’ Miss Truesdale stated.  “I’ve been getting interest from the best in the industry wanting to be a part of this and now I get to participate in comic cons!” 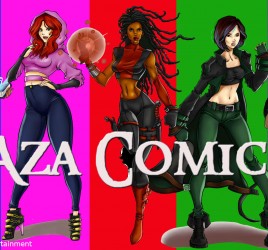 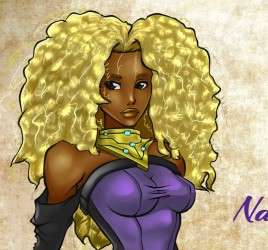 The best way to contact me is through the contact form.
Business/Media Inquiries
For all business and media inquiries please use the contact form
Have a startup or struggling business? Get consulted by the best! www.JazminAngels.com